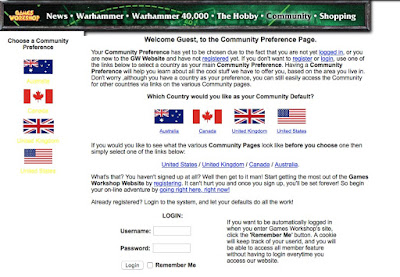 First time posting rumors, but here are some things I want to add to the "meta" picture of rumors regarding upcoming releases. I would say this is a 5/10 on the reliability scale, so bring a salt shaker or 2, but leave the dump truck at home.

1. 8th edition coming out sometime between April-June 2017
2. 8th edition 40k will be "halfway" between current 40k and Age of Sigmar rules-wise
3. 8th edition Starter Set features Sisters of Battle fighting a yet-undeterminable xenos force (based on how the sprues looked)

Source:
Insider in the US retail scene who had been to the UK for training earlier this year. Source is confidential so I can't elaborate more than that

Further Elaboration:
1.
This past weekend I was in a different part of the US than where I live and spoke to someone involved in the GW retail scene1 . Long story short, the person--in confidence--mentioned that 8th Edition should be coming out "around the same time as the Stanley Cup2" and that it features sweeping changes that bring it about halfway to Age of Sigmar. He had been in the UK for training on various things and was officially given some information on this (part of the reason we had to dance around things like specific release dates). He comes to the game from AoS side, so he was very excited about the changes. He said they knew that 40k and AoS are completely different games and could never use the exact same ruleset, but the sheer numbers of new customers that AoS's easier-to-digest ruleset is producing is enough to make it the goalpost for 40k's re-worked rules. They want to get rid of the bloat and obtuse rules as much as any player and streamline things, while maintaing as much diversity and flavor as possible.

Near the end of our [LONG] conversation he hinted that the starter set for 8th Edition will feature Sisters of Battle. This came up unexpectedly as he was griping about how he was expected to assemble and paint to (GW-standards) the entire Starter Set in the 48hrs from when the boxes hit his premises to the official launch date....all while keeping it secret and continuing to turn a profit. I probed him about this and he said they were "robed female marines3 that I guess were popular before?" He was annoyed because he had never seen these models before and they were "smaller" so he was annoyed at not having more time to figure out the modelling aspect. I probed around asking if they were "more Prospero girls" and stuff like that to try to flesh out the details before finally asking straight up if they were called "Sororitas" to which he replied "nah, something Sisters, but not the Prospero ones." So for that reason, putting the pieces together, I am speculating they are Sisters of Battle.

He could not name the force they were fighting in the Starter Set since again, they were models that did not look familiar to him. They were definitely "alien" looking with sharp lines and curves and things, but did not look like the Eldar stuff he had in his own collection. I as

1 I can not be more specific than that to protect the party I spoke with
2 NHL (US) hockey league's playoffs run from ~April-June each year
3 his word
I was going to elaborate more, but any more information could jeopardize this source so I will leave it at that. As stated above, I would put this as a 5/10 regarding the level of salt needed. I am posting to give a data point that others can start to add to or build around so we can all start getting a picture of things.

Note about me:
I don't ever go out rumor-hunting or anything like that and only ever comment one what I have seen and experienced with my own eyes and ears, which in this case was a direct conversation with this source. Again, take that as you will, to support either the validity or skepticism of the above.

Take from all this what you will.